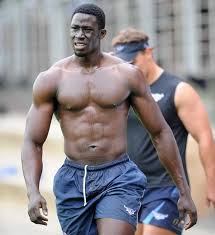 Adongo, who has played for Kenya’s youth sides, has turned out for the Bulls, Counties Manukau Sharks and the Kings in the second-row and has now chosen to turn his attention to NFL. He has signed for the Indianapolis Colts as an outside linebacker.

And the Colts are Adongo makes an immediate impression on the football scene. “We are excited as an organization with the acquisition of Daniel Adongo,” said Colts manager Ryan Grigson. “He is not only an elite athlete and rising international rugby player, but he is an exceptional competitor and human being that has the right make-up for our sport. We all look forward to watching his growth and development in the ensuing weeks.”